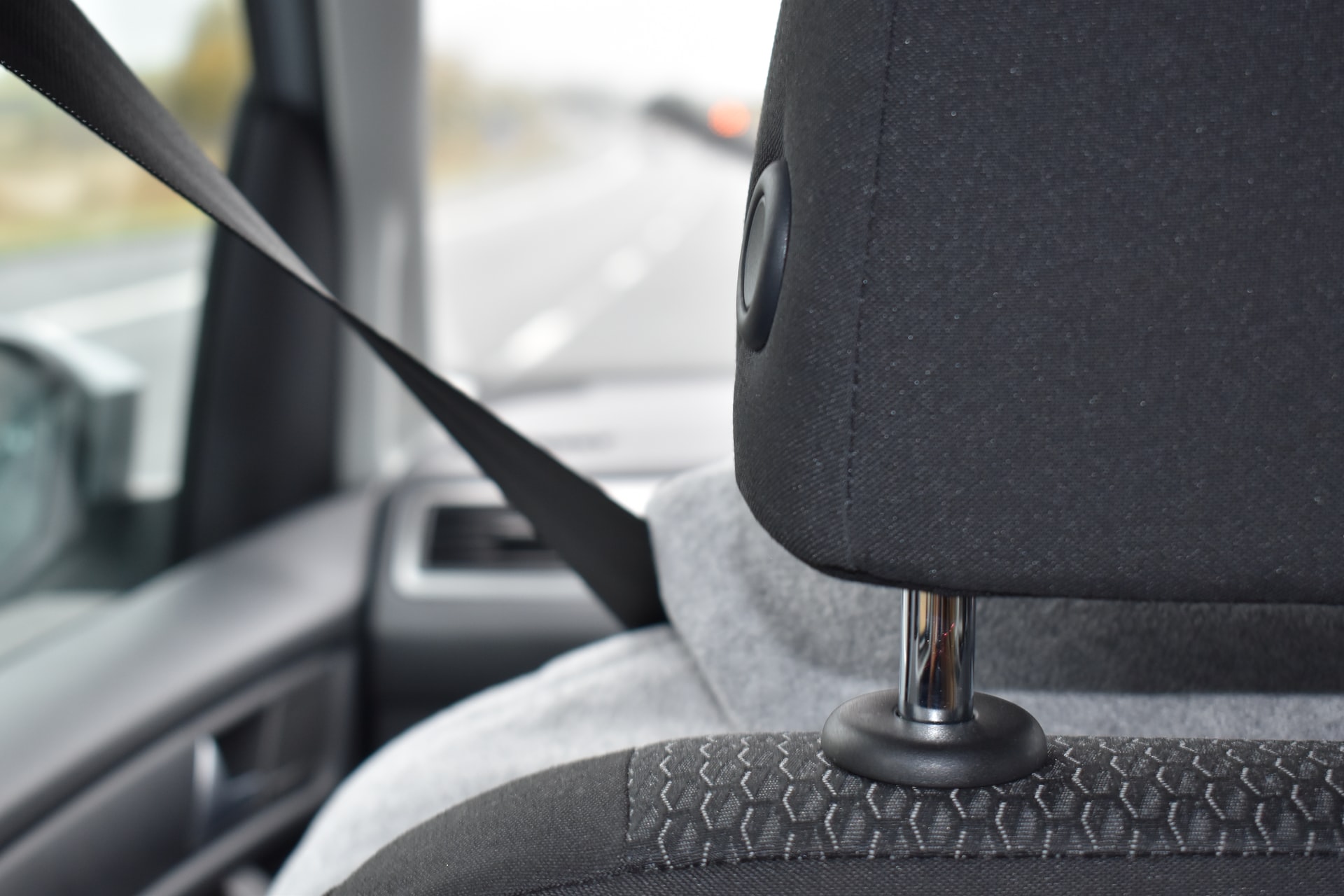 Safety systems in cars – caring about us every day

Car safety systems are something we can no longer live without. Thanks to them – we are either better protected from accident-prone factors or have a better chance of survival when all else fails.

Car safety systems are add-ons that assist us when we are at risk of an accident, actively guard us against such events, or increase our chances of survival when an accident has already occurred. Over the decades of the automotive market, we have developed a plethora of car safety systems and solutions that save lives. Let’s start with innovation, which is pointed out as the one most important and most often saving people in accidents.

The author of this invention is Nils Bohlin – Volvo’s engineer, whose effort was appreciated by other car companies as well. For the sake of safety of all road users, the Swedish car manufacturer allowed its competitors to use their solution free of charge. What’s more, Volvo cars introduced three-point seat belts as standard equipment in the front and rear seats as early as 1967, just eight years after the solution’s debut. Volvo estimates that this relatively simple device has saved more than a million lives over the decades. Before August 13, 1959, other types of seat belts existed. One of the most popular was the two-point lap belt, which until a few years ago was often used in the center seat of the rear bench seat of a 5-passenger vehicle. Other variants of the three-point seat belt also appeared, although they were not as effective as the solution designed by Nils Bohlin. Especially at high speeds. The first cars equipped with this innovation on the Scandinavian market were the now famous Volvo PV544 and Volvo Amazon models.

The design of this solution was registered as an open patent, in order to increase safety of all the users of cars, not only the Volvo brand. Any car manufacturer was free to use this design. This was the first big step towards improving the safety of car users. The automotive revolution did not happen right away, however, as car buyers and manufacturers first had to be convinced of the life-saving capabilities of three-point seat belts. Today, however, no one can imagine the automotive market without seat belts. They are now a standard that is not only used by all car manufacturers – but is also mandated by legal systems around the world with strictly defined health cases. By not wearing a seatbelt – not only do you risk serious harm to your health – but you are also at risk of a fine.

SIPS (Side Impact Protection System) is a system of protection against the effects of side damage. Developed by Volvo, the system consists mainly of mechanical components, namely the specially adapted reinforcement bar, the body pillars, floor, roof and… the side airbags. They are located in the outer edge of the front seats, not in the doors, which ensures adequate protection in a side impact regardless of seat position. The supplemental airbags (IC – Inflatable Curtain) are also located in the headliner, protecting the heads of front and rear seat passengers.

WHIPS (Whiplash Protection System), on the other hand, is a system to reduce neck and spine strain in the event of an accident. It is activated only in the event of a severe enough impact to the rear of the vehicle. The system is simple – the entire backrest of the seat slides back with the occupant, and then the seat tilts back to prevent forward head recoil. Safety first! 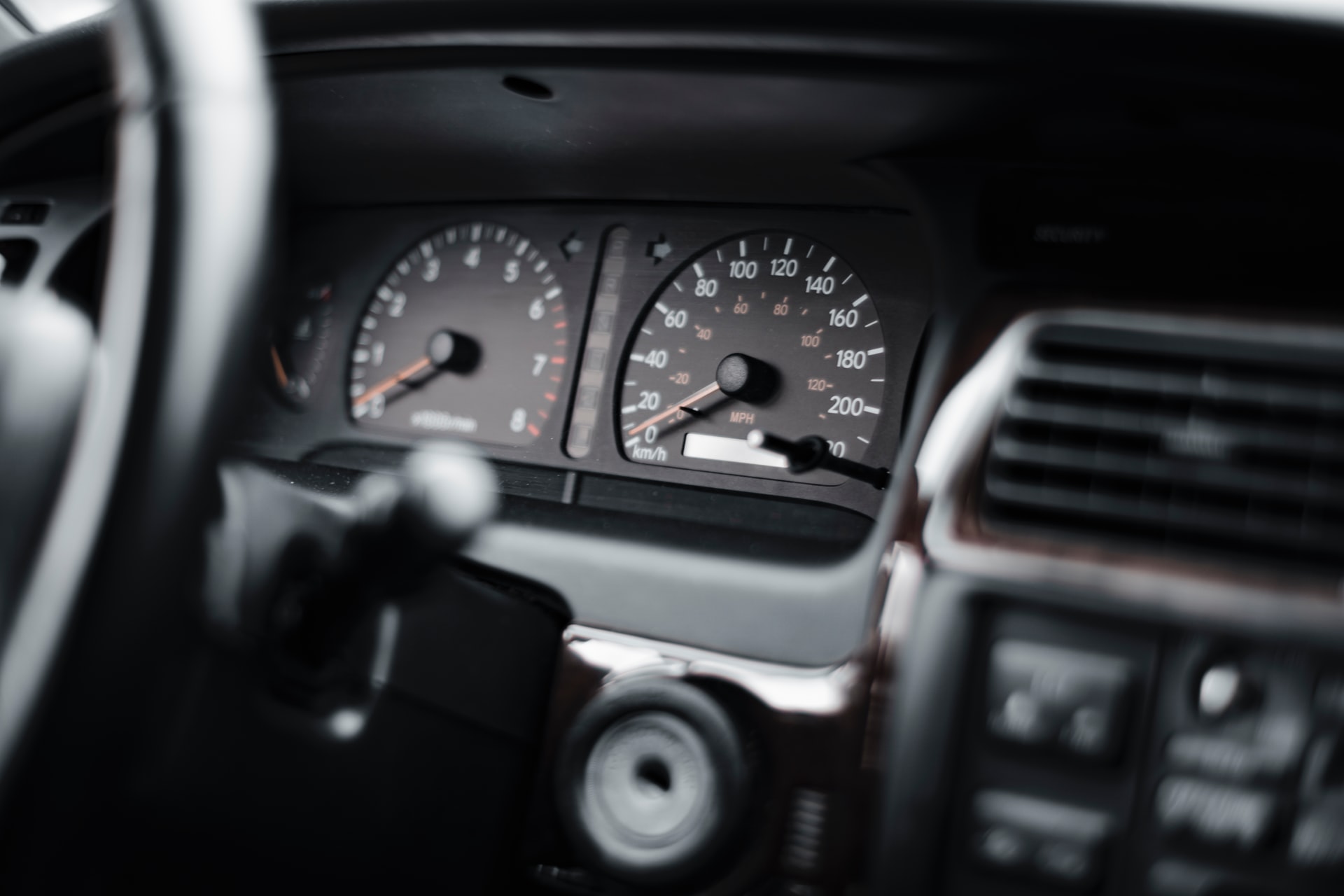 The most common abbreviations for passenger car safety systems

We focused on Volvo, which over the years has created a plethora of important solutions dedicated to safety for the automotive market. There are a ton more that are the work of either separate efforts by different automotive companies or consortia working together. When it comes to safety, many car makers work in harmony – not so much competing as collaborating on systems that then find their way into all of the world’s manufactured vehicles.

Antilock Braking System – is an electronic system that prevents the wheels from locking during braking. Introduced in 1978, its purpose is to keep the car on track, reduce braking distances and maintain vehicle manoeuvrability. As soon as a wheel begins to lock, ABS reduces the braking force on that wheel to make it turn again. As soon as the wheel spins back to normal speed, the braking force is increased again. These cycles occur with great frequency, individually for each wheel.

Brake Assist System – is a system that assists sudden braking in emergency situations. This system works in cooperation with ABS. The system detects situations when the driver wants to brake quickly. Then BAS increases the pressure in the brake system as much as possible to achieve the maximum braking force. In some vehicles, hazard warning lights are also activated when BAS is activated to warn of sudden braking.

Adaptive Front Lighting System – these are adaptive lights, a system that adjusts the lighting depending on the maneuver being performed on the road. The dynamic light automatically adjusts to the angle of the turn and the speed of the car by rotating the low or high beam lamps in the direction of the turn. In addition, the lamp levelling system also allows the headlights and light output to be correctly positioned at the height required by law when the car is under load, and also when accelerating or braking. This ensures that the headlights do not dazzle oncoming drivers. Headlights equipped with this system can turn up to a maximum angle of 20°. The AFS works when the steering angle is greater than 12° and the vehicle speed is at least 10 km/h.

Acceleration Slip Regulation – is a traction control system that helps optimize traction as the car accelerates. The system reduces tire wear and fuel consumption. Sensors monitor the operation of the wheels. If both driven wheels are slipping, the system “takes off the gas”. Conversely, if only one wheel is slipping, the system brakes it.
Also called TC or TCS from Tracking Control System depending on the make of vehicle. (STC/DSTC on Volvo vehicles)

Traction Control System – is a traction control system, whose main task is to prevent excessive slipping of the vehicle wheels during acceleration manifested by their spinning. Most of the systems operate in the low speed range of the vehicle (up to 40 km/h), however, there are also versions operating in the entire speed range. It is another system increasing active safety. The system also reduces tire and fuel consumption. This system uses elements of ABS (its sensors). It can also use other elements, such as engine control unit, and take off the gas and brakes to brake a given wheel.

Electronic Stability Program – is an electronic program to stabilize the car during cornering. The system is activated automatically, braking one or more wheels, as soon as the appropriate sensor detects a tendency for the car to slide out of the bend. ESP is an extensive electronic system that includes systems such as traction control, slip control, etc. Slip control “catches” any wheel slippage, so the vehicle’s wheel cannot turn in place – buckling. If the wheel tries to buck, ESP will cut off the fuel supply to the engine and cause the engine to choke a little.

Collision Mitigation Brake System – this system supports the adaptive cruise control by anticipating and counteracting potentially dangerous situations on the road. When the distance between your car and the vehicle in front gets dangerously close, the system will warn the driver with a light and sound signal to take action to prevent an accident. If the Collision Mitigation Braking System detects that a dangerous situation has been avoided, the system will disengage. If the driver’s actions do not sufficiently reduce the risk of a collision, the system will repeat the light and sound warning and then apply light braking to prompt the driver to take further action. However, once the distance between vehicles is close enough that a collision is inevitable, the CMBS will initiate emergency braking to reduce speed, and the front seat belt pretensioners will tighten the driver and passenger seat belts to increase their effectiveness. Also known as part of the Pre-save system in Mercedes.

Vehicle to Infrastructure, which is the car communicating with devices belonging to the road infrastructure, such as signaling at intersections, traffic monitoring that controls the volume on given traffic routes. This is supposed to improve traffic flow by making it smoother and controlling traffic lights in a way that will be adequate to the current traffic situation.

Vehicle to Vehicle – it is a system based on mutual exchange of data about their location, direction of travel, speed, approach speed and collision paths – warning each other.

Radio Data System is a system that allows radio stations to broadcast additional information on the UKF waves in the radio signal, which is shown on the display of the listener’s radio receiver.

eCALL. It automatically informs the services if a car is involved in an accident. The system is designed to reduce the time it takes for help to arrive. Additionally, it sends service information such as oil level, tire pressure to the driver’s smartphone and allows to control e.g. the central locking system with the smartphone. It also helps locate the car if it is stolen or lost in a parking lot.
Blind Spot Information System – is a blind spot information system in the vehicle’s mirrors. This system warns the driver of another vehicle that is in the so-called “blind spot” thanks to lights placed in the exterior mirrors or in their housing from the inside of the cabin. It works thanks to cameras placed in side mirrors or in combination with other sensors that the vehicle has. Also suitable for motorcycles and city scooters e.g. BMW

Of course, these aren’t all car safety systems – there really are a lot of them. If we were to list them all, we’d probably have to publish a small book. But we have indicated the most important ones, which are present in most vehicles on the road today. These are the ones that watch over our safety every day and are our guarantee of a safe return home from a trip 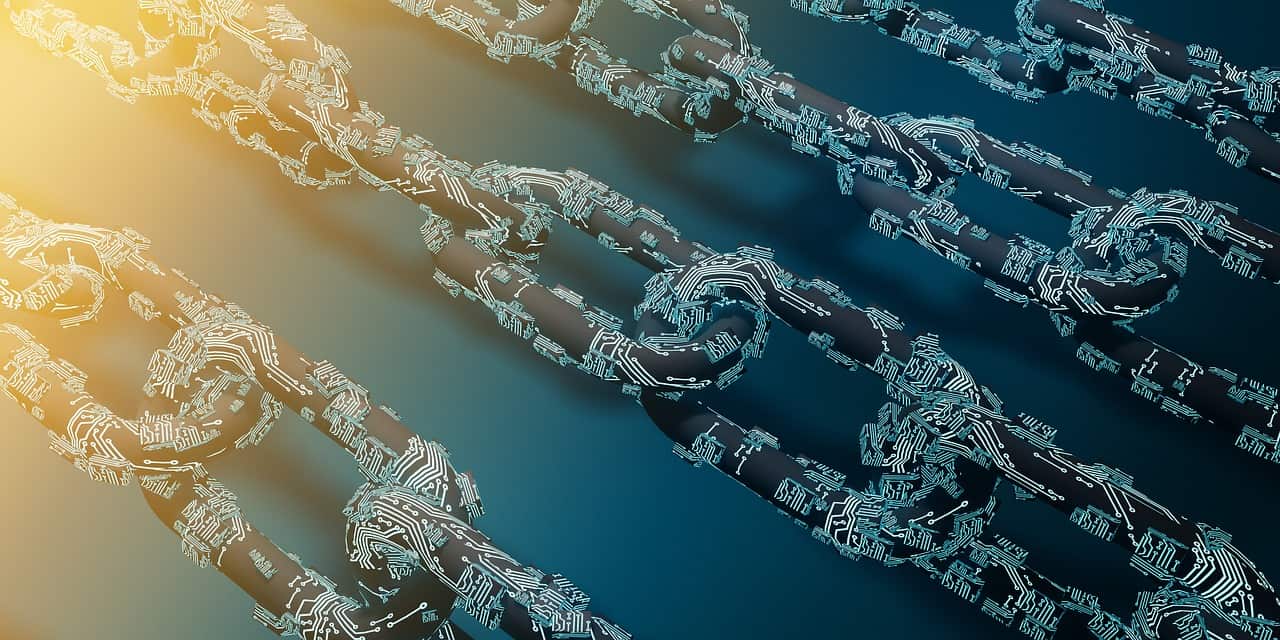 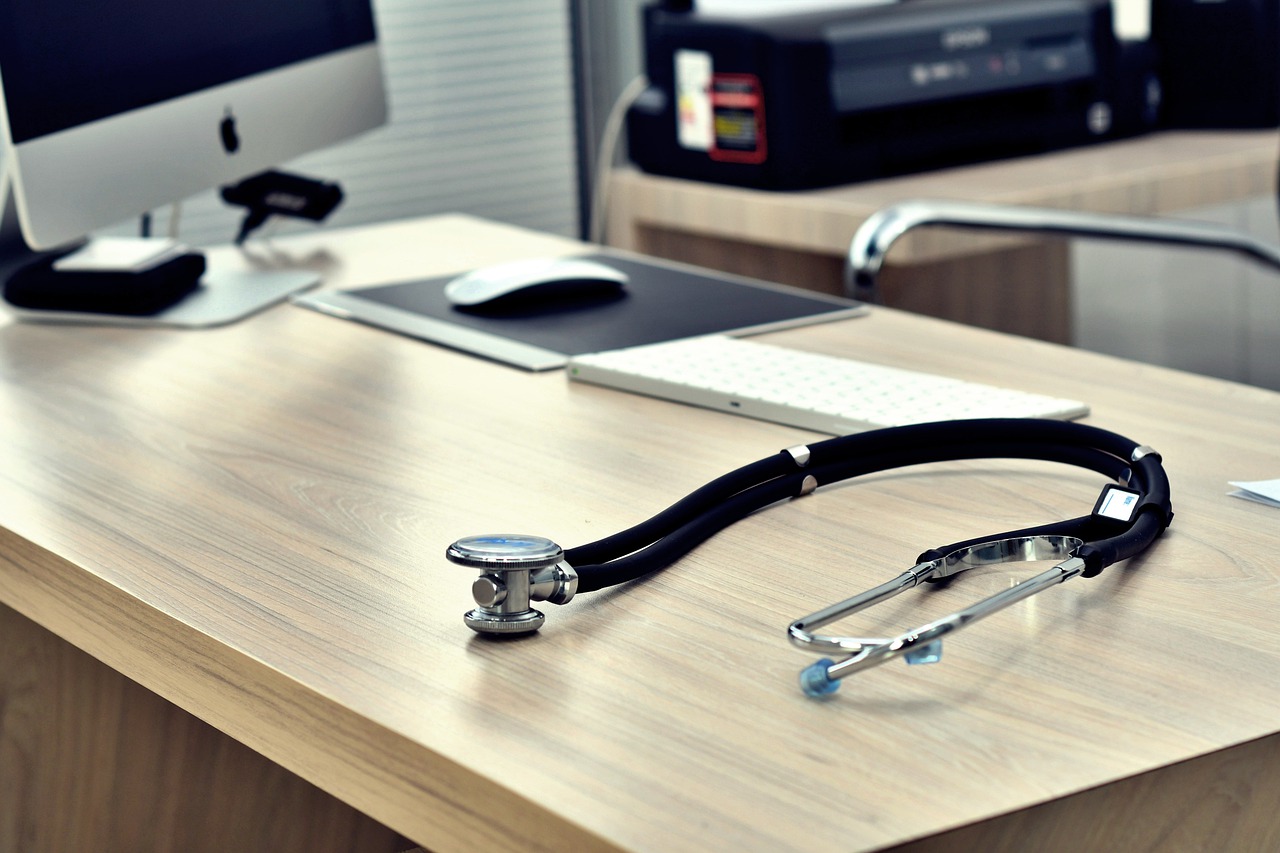 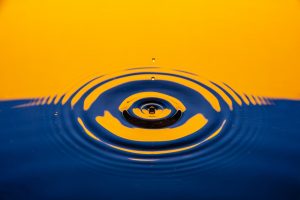 8 useful water conservation apps to help you save water
next post
Domain Driven Design: domain what? 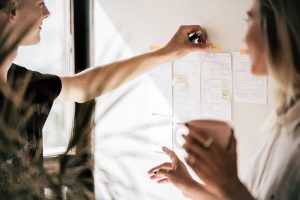