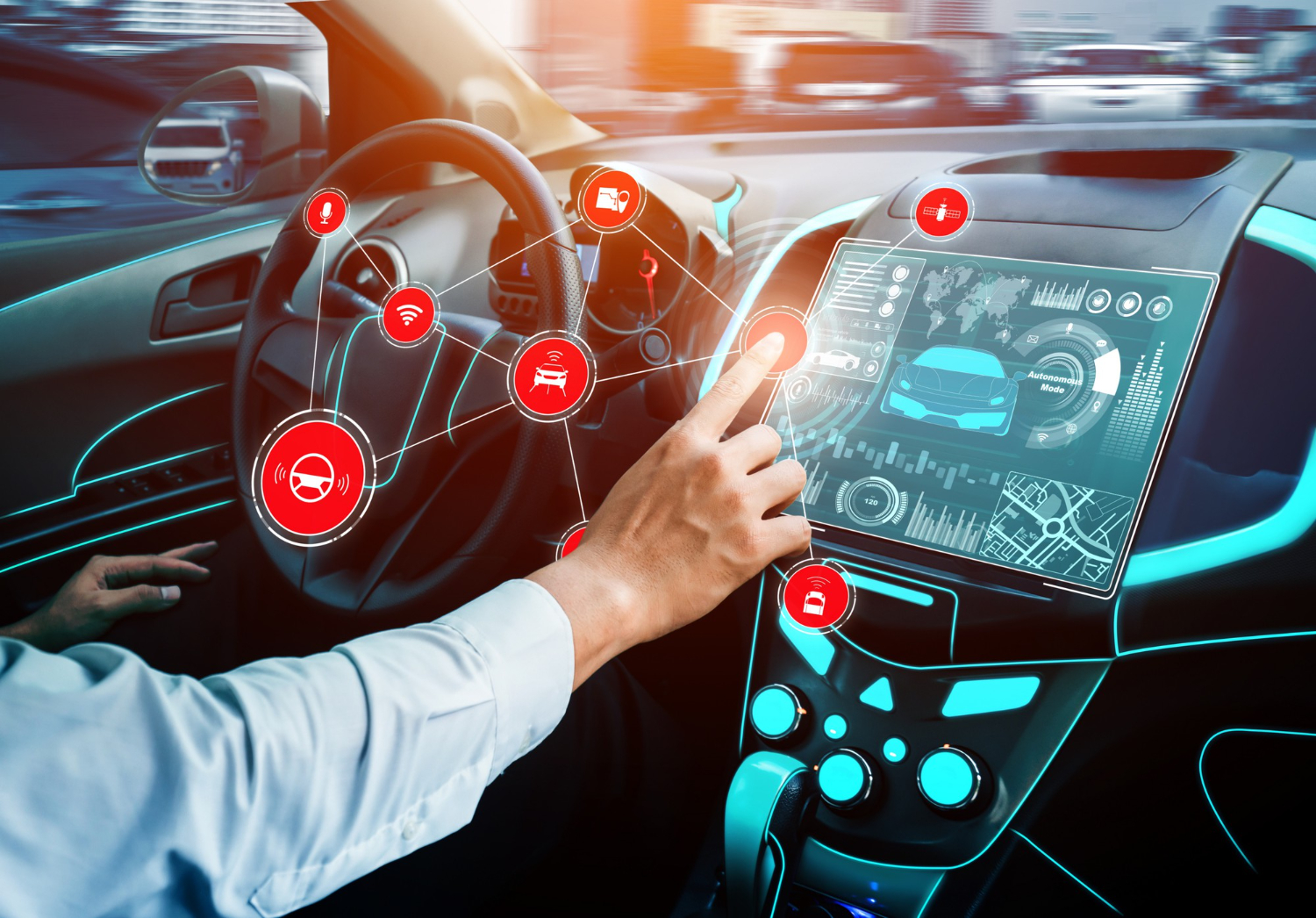 Benefits and challenges of having autonomous cars on our roads

Autonomous cars have been a big topic lately. Having self-driving vehicles on the roads is also a chance to get rid of tragic accidents at some point. People will not die on the roads, and the cars will drive peacefully and without accidents.

An autonomous car (or unmanned car) is a vehicle that moves without human intervention. The machine is controlled by a computer. As a result, this type of vehicle can do without a driver, covering designated routes by itself and avoiding obstacles.

Typically, autonomous cars are reworked models of vehicles that are on the market. Driverless cars are developed by major automobile companies (including Mercedes-Benz, General Motors, Bosch, Nissan, Toyota, Audi and Volvo) and companies that specialize in modern technologies, especially information technology. The latter include Nvidia and Google.

Legislation and levels of autonomy

Work on autonomous cars has accelerated thanks to the DARPA Grand Challenge, a competition organized by DARPA which is an agency of the U.S. government developing military technology. The agency sponsors research projects that may be related to U.S. defense. Meanwhile, the work on driverless vehicles is part of the Future Combat Systems project.

It’s well known that while some are working, others don’t want to sit back and do nothing to be left behind. The progress in the development of autonomous cars in the U.S., China, Korea and Singapore has therefore prompted EU politicians to support similar projects in Europe.

However, the development of unmanned vehicle technology is not just an arms race and a competition for innovation. Designers are also pursuing goals that are closer to the average road user. Already today in California there are autonomous cars carrying passengers for rides. Soon such trucks, buses, delivery trucks, garbage trucks or sweepers will appear on our roads.

In the U.S. law provisions on the admission of autonomous cars to traffic appeared already in 2013. As a result, driving such vehicles is allowed in four states: Nevada (the first in which the legislation entered), California, Florida and Michigan. What follows is a system prepared by the NHTSA (a unit of the U.S. Department of Transportation), which regulates records related to the development of autonomous cars in the United States.

According to it, there are five levels of control of the vehicle by the system, where level 0 is total control by the driver, and level 4 is when the driver only provides the coordinates of the target and does not have to control the car in any way. Levels one, two and three, on the other hand, contain further assistance systems from ABS and EBD to partial control over the lane-keeping and speed selection aspects of the system.

Read more: Safety systems in cars – caring about us every day

In view of this, it’s easy to see that most vehicles on the market are level one. By comparison, Google’s most advanced autonomous models today are level three. The conclusion is that fully self-driving cars will have to wait a while longer, but that doesn’t change the fact that this is the future and the direction in which motoring is heading.

In European countries, a change in the provisions of the Geneva Convention was needed to allow autonomous cars. In addition, the European Union has developed its own classification, according to which it distinguishes two types of driverless vehicles, namely

– the automated vehicle, in which the system takes over some of the tasks of the driver, and

– the autonomous vehicle, in which, similarly, the control system has full control, and the driver does not participate in any control process while driving.

According to these findings, there is no autonomous car in Europe yet, because all models that have been so defined so far do not have a fully autonomous control system, but use driver assistance systems.

In 2014 there was established a 6-level scale created by SAE (International Society of Automotive Engineers). According to it, 0 is full control of the vehicle by the driver, and level 5 means automation of the vehicle to the extent that driver intervention is unnecessary. In addition, SAE has adopted the principle that a system rated between 0 and 3 must be controlled and, in an emergency, taken over by the driver, while a computer operating at levels 4 to 5 needs no supervision at all.

The need for EU rules governing the development of automated and autonomous vehicles was highlighted by the European Parliament in its resolution of 16 February 2017 containing recommendations to the Commission on civil law provisions on robotics. The resolution stressed that the automotive industry most urgently needs an effective Union and internationally defined rules to ensure the cross-border development of automated and autonomous vehicles.

Interestingly, according to the European Parliament, autonomous transport should not be limited to private vehicles, but should cover both road, rail, water and air transport, including vehicles, trains, ships, ferries, aircraft and drones, as well as all future development and innovation in this sector. As a consequence, in the future we could be dealing with autonomous trucks or trains, among others, which would undoubtedly revolutionize the transport of goods.

According to Navigant Research, there will be 85 million driverless cars on the road in 2035. They will improve safety, travel comfort, as smooth and quiet driving will reduce congestion. This company’s study shows that these vehicles will not necessarily be bought by individuals. They will be cabs, buses, commercial vehicles or those used for transporting goods, road maintenance equipment, and will also work for special services and the military.

What are the benefits of driving autonomous cars?

For now, the movement of autonomous cars is based on the use of highly detailed digital maps and optical radar. This is a minimum set, which will soon be supplemented by communication between the vehicles, thanks to which their control computers will gain much more data on the road situation and will be able to react well in advance to incidents.

Connectivity will also be a tool for one vehicle with a driver to lead a whole column of autonomous cars behind it, something that shipping companies are looking at favourably. This will be a breakthrough that will probably translate into big reductions in transportation costs and thus market interest in these technologies.

The numbers describing the costs associated with traffic accidents, shipping fees, insurance, and everything else associated with moving on the road are huge, making the potential benefits large. Even if the car is packed to the brim with electronics, sensors, radar and vehicle-to-vehicle and vehicle-to-infrastructure communications, the whole thing will still be very cost-effective. Not necessarily in every car, but in a truck capable of driving without a driver, and therefore without mandatory rest breaks, certainly.

For the electronics industry, this project is another great opportunity for development, especially since the solutions that will emerge cannot be closed (proprietary). The computer platform that controls the car, sensors, radar and communication can be largely the work of car companies, but the entire ground infrastructure related to communication and services that will provide data to this platform not necessarily. Such a system must also be open to all, and therefore standardized, which bodes well for the future. The ad hoc networks created by moving vehicles will also be an excellent client for the upcoming 5G mobile network technologies.

To sum up, the advantages of having autonomous vehicles on our roads:

What are the challenges faced by autonomous cars?

These questions remain unanswered for the time being, as there are currently no legal standards in this area. In any case, it seems that future solutions to liability for road traffic incidents should not limit the forms of compensation offered to the injured party on the grounds that the damage was caused solely by a non-human factor. This has already been pointed out by the European Parliament in the aforementioned resolution of 16 February 2017.

Moreover, If cars became driverless, many people would lose their jobs. Job groups such as cab drivers, truck drivers, and bus drivers would simply be redundant. It is also important to remember that the software in cars could become unreliable over time. This would have dire consequences, as a poorly programmed car would become a real danger on the road.

The FBI has also pointed out that such vehicles could be used by terrorists to organize attacks. Inconspicuous cars with explosives parked on the main arteries of cities could become ticking time bombs. It is possible that such a car used by fleeing criminals would be much more difficult to catch by the police. Criminals could be much more aggressive in defending themselves against police pursuit, which would pose a threat to public order.

Attention is also drawn to a more mundane problem. Assuming these vehicles became popular traffic would increase and emissions would rise, and the suburbs of major metropolitan areas would grow significantly.

Let’s have a look at disadvantages of self-driving cars:

Despite all the advantages and disadvantages of autonomous cars, it is important to keep in mind that regulations governing the use of such vehicles have not yet been created. Until this backlog is caught up – self-driving cars will remain just an excuse for a technological race between large corporations.

Do you have ideas on how to capitalize on the opportunities presented by the presence of autonomous cars? Is your project centered around this issue? Contact Concise Software and tell us more about your project!

Related stories:
Usage of electric cars – what drives the EV adoption?
Road Trip with an Electric Car – 6 tips to follow before heading on a journey
Polish automotive legend in new robes. This is the electric Fiat 126 Vision 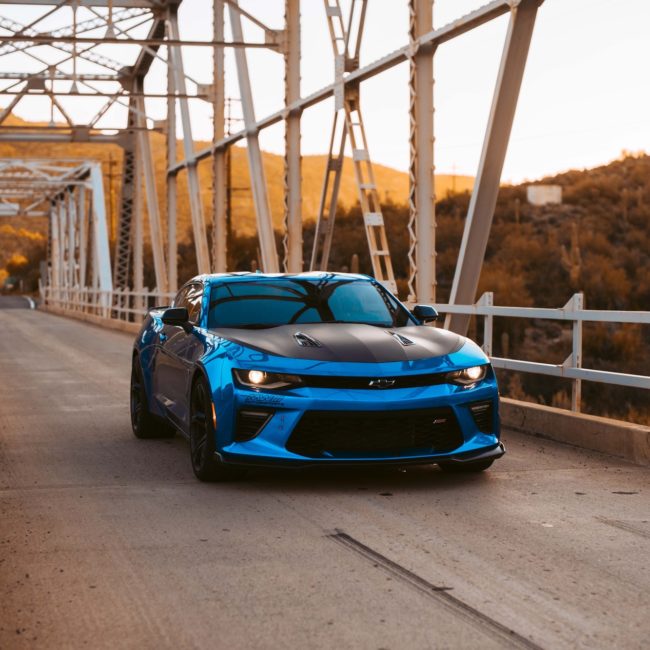 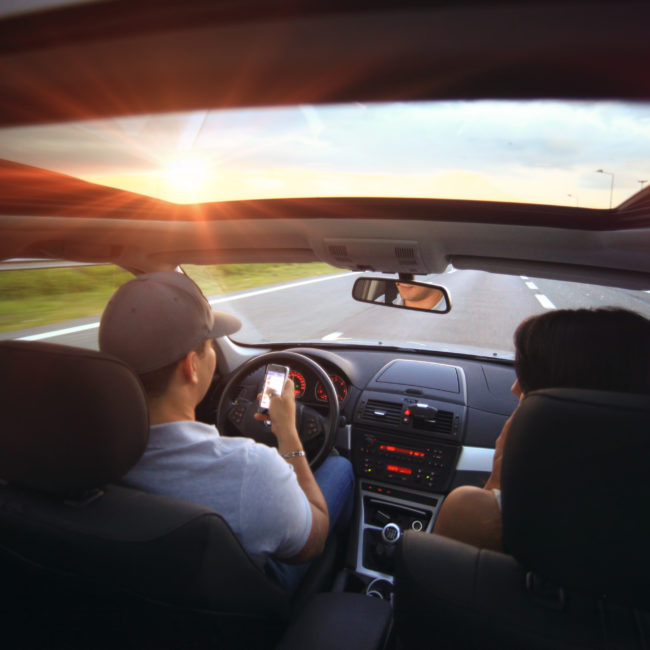 The future of connected cars 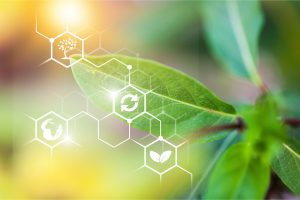 Agritech: Driving the future of agriculture with innovative technologies
next post
PropTech: The Real Estate Industry is Going Digital 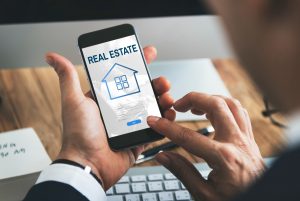