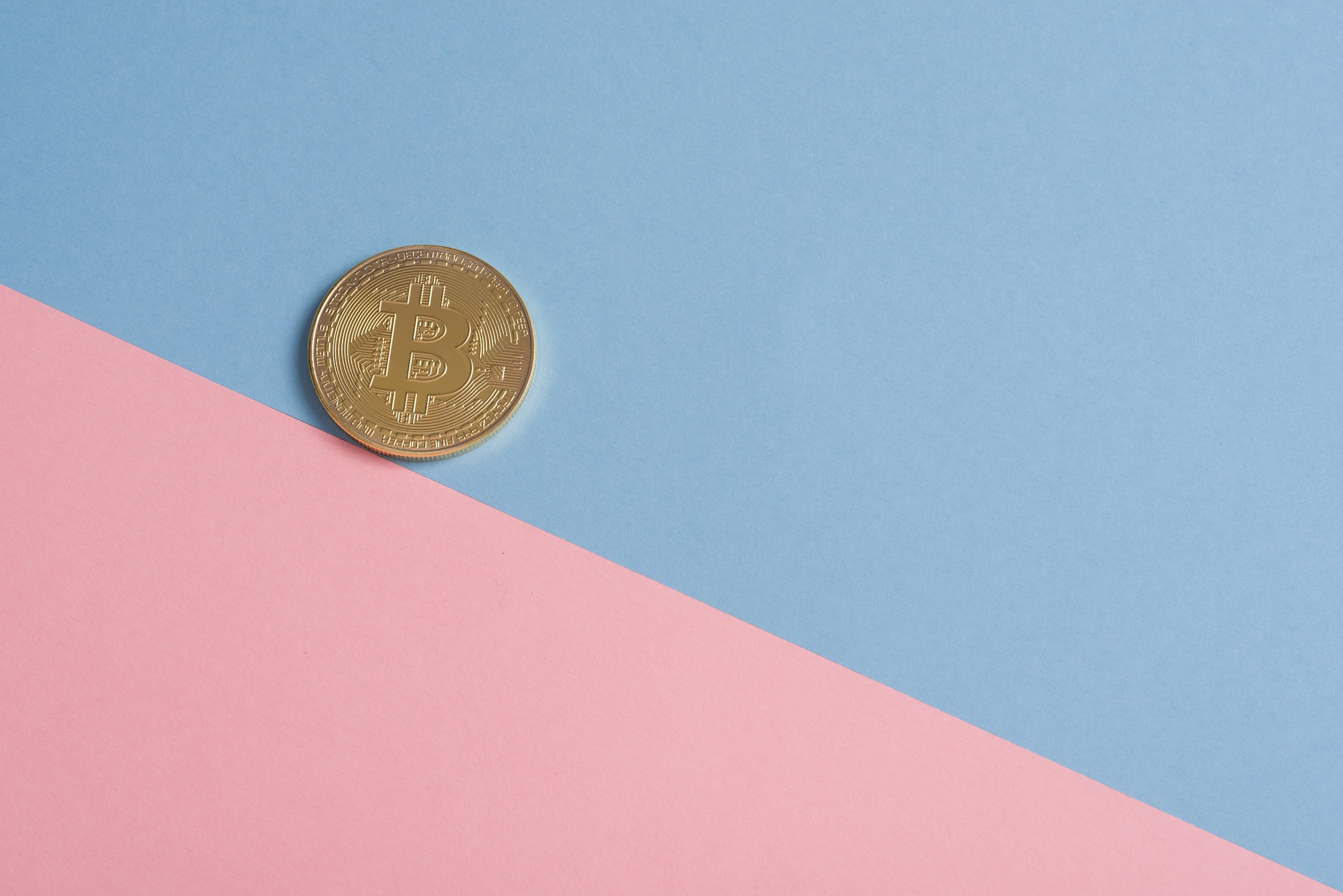 How are we all going to use blockchains in the near future?

Blockchain and cryptocurrencies are topics that still give rise to heated debate. Hype for the cryptocurrencies has recently calmed down, but blockchains technology is still with us. Some have very high hopes for it, others are skeptical about it and do not bode well for its success. After all, blockchain has been with us for over 10 years. Today we will try to return from the grounds and describe the possible, probable directions in which blockchain will develop.

Blockchain’s registries hold data about transactions, for example, so it’s a distributed database that allows you to store and track resources. Every user using blockchain has this database and can participate in its creation. The first popular – and currently the most popular – implementation of this technology is Bitcoin. And what use will blockchains bring us in the coming years?

Blockchains in 2019 and the future of this technology

In 2017, blockchain-based cryptocurrencies experienced their biggest boom ever. Still, in 2019, the topic ignited the minds of investors and people from the IT industry. So let’s try to think about the opportunities this technology offers and what industries can benefit from blockchain solutions.

The cryptocurrencies have brought and shown a breakthrough in the way in which values are passed on to others. Traditionally, when sending a transfer to someone (if both parties use different banks) we have to wait for inbound and outbound sessions, which are supported by the Elixir system. In the case of international transfers, we have SWIFT or EuroElixir system at our disposal. The speed of international transfers depends on whether we are in the Single Euro Payments Area (SEPA) or not. In the case of cryptocurrencies – taking into account the optimistic variant – we can make a transfer, which will be at the other end of the world, in less than 20 minutes (in the case of Bitcoin) or in about 20 seconds (in the case of Ethereum). Of course, high commissions and high traffic in the crypto network cause that the time of confirmation of the transfer is longer. In the real case, we still have to take into account the delay of the Internet network and the time needed to synchronize information. However, further development of cryptocurrencies and blockchains technology can bring really interesting results:

In the case of the automotive industry, the situation is slightly different from that in the world of finance and banking. First of all, the blockchains network does not need to have a monetary base (as is the case with Bitcoin or Ethereum). Thus, we may be interested in the dispersed register itself, as well as in transactions modifying data, with the help of which we can track the flow of marked information or value. The result may be a system that:

Will have a trusted, digitally signed history of the vehicle and its individual parts,

will allow tracking the flow and originality of automotive parts.

Blockchain in the majority of cases is based on cryptography, which we all (more or less consciously) use almost every day. For example, surfing in the Internet, because the encryption of links to web pages is one of many examples of utilizing fruits of cryptography on a global scale.

Returning to the blockchain itself, we should focus on a certain essential detail, which is a pair of keys: private and public.

Thanks to the private and public keys, this solution can also be used in many other areas, for example:

In the case of digital identities, certain dangers must be borne in mind. An individual may have multiple cryptographic key pairs to use. In the world of cryptocurrencies, there is a large number of accounts that have funds on their electronic wallet, but no one has access to them. Some have simply lost their private keys (which is the main component of their wallet). The same may be the case with digital identity. It should be good practice to assign value to a given private key and not to a person. It should also be possible for an individual to lose data, which is why one of the challenges will be to develop an appropriate mechanism for recovering rights and resources and assigning them to a new private key.

What is tokenization? In short, it is the assignment of a digitalized value to a physical value (e.g. an object). In the previous case, digital identity and cryptographic keys are also a kind of tokenization. There are more and more platforms for building tokens (e.g. the most popular one in this area: Ethereum). A successful tokenization process can lead to:

In the “blockchain market”, more and more solutions are being developed that enable the implementation of business logic in distributed applications. We used to write about Smart Contracts in an article: Smart contracts – what are they and how to create them? (check it out if you’re interested 😉 ).

Distributed applications can execute any code, e.g. automatic withdrawal of funds or transfer of ownership after meeting certain requirements. More and more institutions are conducting pilot projects to explore the potential of blockchains in this area, and perhaps we will see the results of this research soon. Currently, the most popular platform for creating Smart Contracts is Ethereum. Smart Contracts are mostly used there as an ordinary token utility (e.g. built on the basis of the ERC20 standard) or as a base for ICO (Initial Coin Offering) platforms.

What is ICO? We have mentioned the ICO in our article on ERC20 tokens, but for readers who have not had the opportunity to meet this term, we would like to give you a brief explanation here as well:

ICO is a new kind of crowdfunding, connected mainly with cryptocurrencies. It allows raising funds for investments and development of a new product. Sometimes the ICO helps to raise funds for further project development – e.g. adding new functionalities.

A lot of controversies has arisen around this new kind of crowdfunding. Many ICOs have successfully raised funds for development. EOS can boast about such a success. Unfortunately, there is some very unpleasant and worrying news, the authors of this type of crowdfunding campaign have disappeared from the market, taking with them all the money collected within the framework of the ICO. An example of such behavior can be HashCard – ICO from the Polish backyard, which “fell under the ground” taking with it… 17 million PLN. This is a considerable amount, which is why such scams are all the more harmful for the whole supporting movement of the ICO. Unfortunately, high credibility ratings did not help to protect the funds of investors who began to believe in the success of the project. However, we also know the different approach to the ICO from our own backyard. We are talking about Neufund, the company that has built a dedicated investment platform, its own token: Neumark, as well as the ICO transparency monitor, which is supposed to simplify the verification of credibility and ensure greater transparency in this market.

Blockchain technology and the use of cryptographic keys, together with the digital identity described above, provide the opportunity to build voting systems. As we know, blockchain technology ensures data integrity. This means that once a vote has been cast, it could not be changed. The only problem that should be analyzed and discussed is anonymity. The blockchains have already been used in practice by Santander Bank in the voting system. For the purposes of shareholder voting, the company built and used a pilot project.

The medical industry can become one of the major beneficiaries of blockchain and distributed systems. Blockchain can help you better track the flow of all the drugs you create. For the patients themselves, a properly constructed system may simplify access to specialists, as well as access to medical data. Medical data can also be better protected by digital signatures, which are in a way the basis of blockchain. An example from the medical industry is Big Pharma, which is building a prototype of a system allowing to track the flow of drugs. One of the tasks of this solution is to prevent the production and marketing of counterfeit medical goods.

What next about blockchains?

Some people consider blockchains to be an invention with such an impact like the Internet. As the above examples show, technology already affects many industries, and this amount is likely to increase in the coming years. Block technology has been with us for 10 years, but previous studies have not revealed a solution that has become as popular as Bitcoin. Dynamic development and constant access to the Internet enabled the growth of popularity of cryptocurrencies and the technology of the blockchain behind them. Increased dynamics of development and popularization of solutions can be observed mainly from 2016. Nonetheless, it should be remembered that blockchain uses technologies – such as cryptography – that have been developed for more than 60 years. All that remains is to speculate what will happen to the technology in the next 10, 20 or 50 years.

If you have any ideas about what’s going to happen next with blockchain – whether you’re against it or not – let us know in the comments! 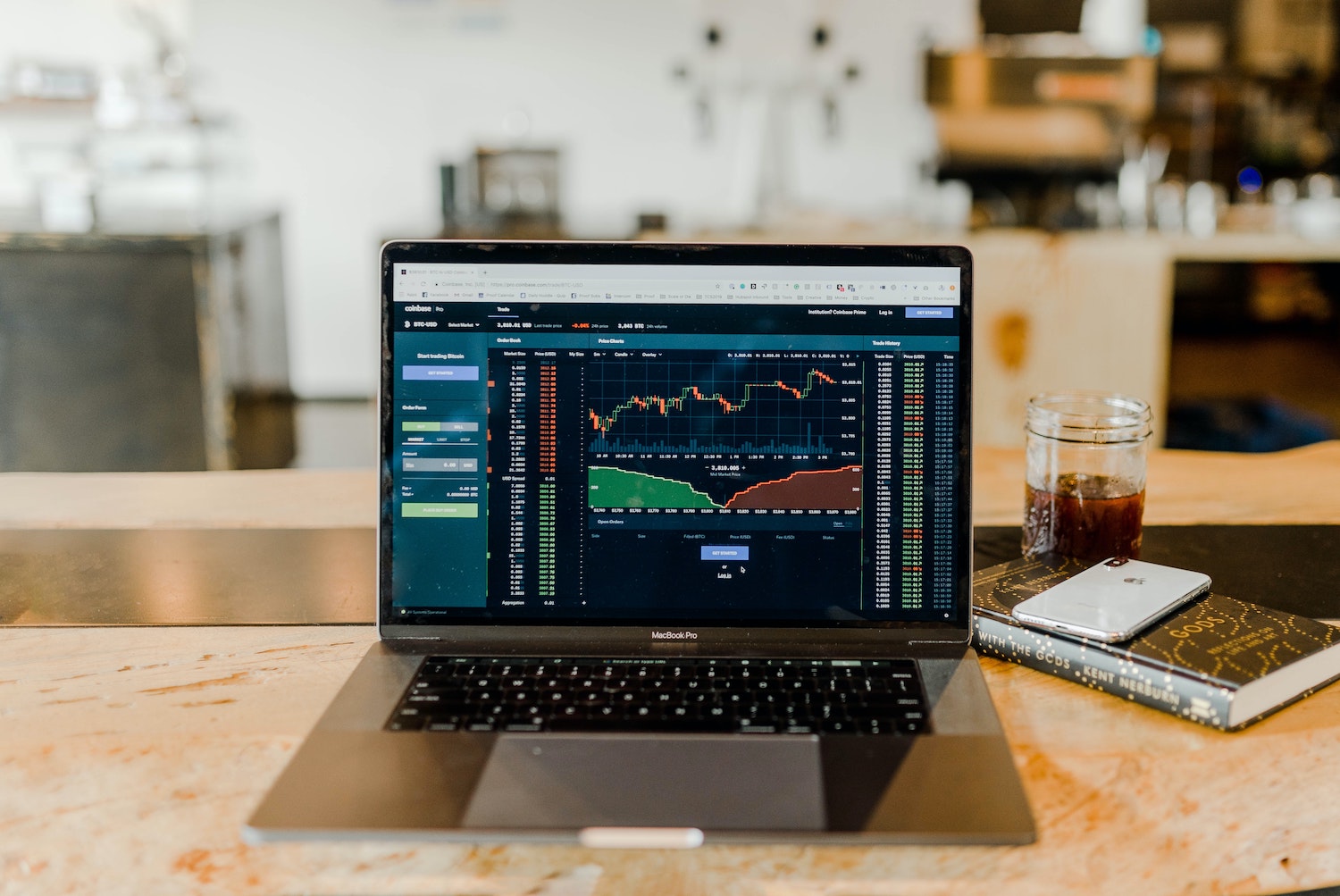 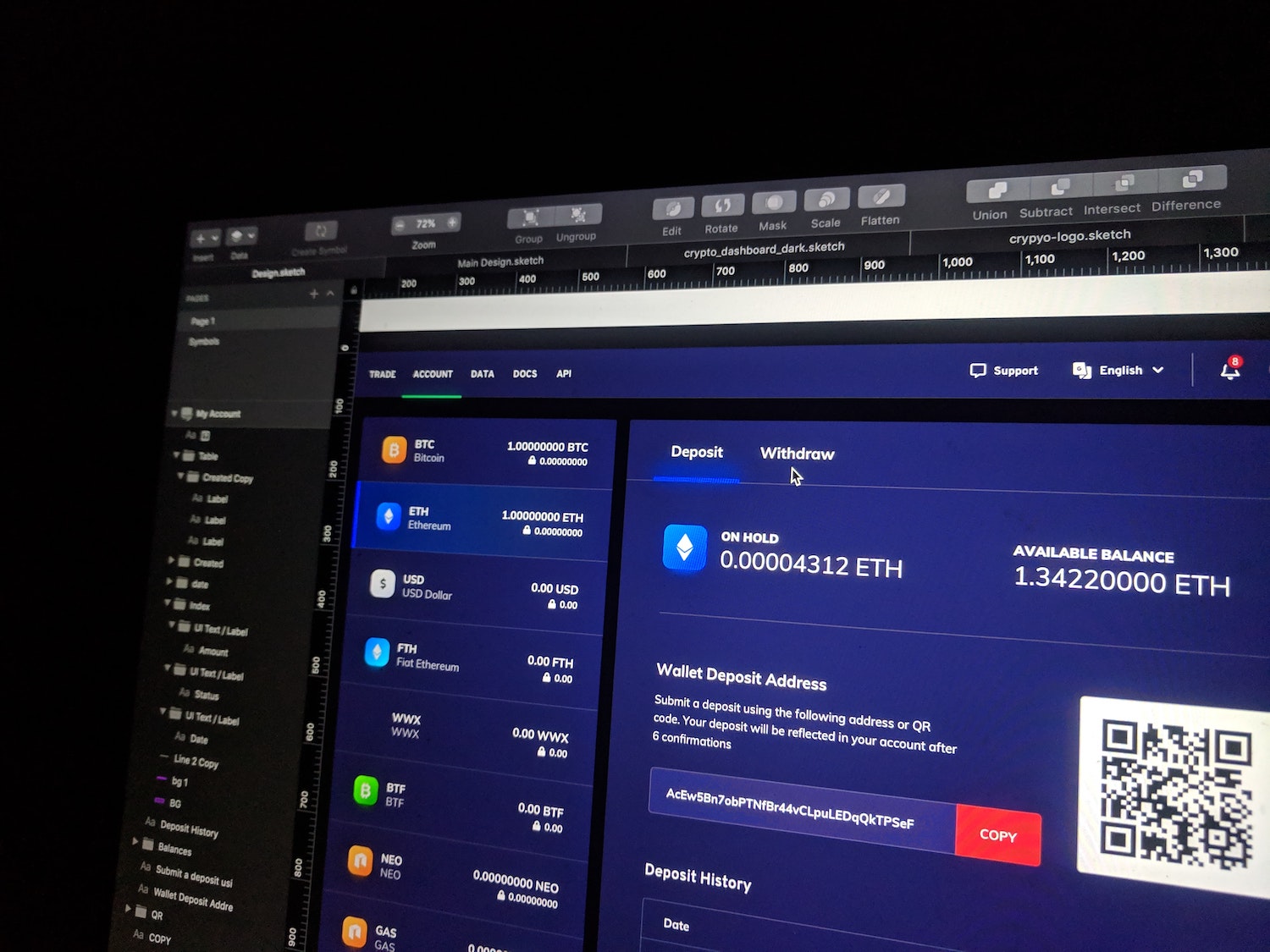 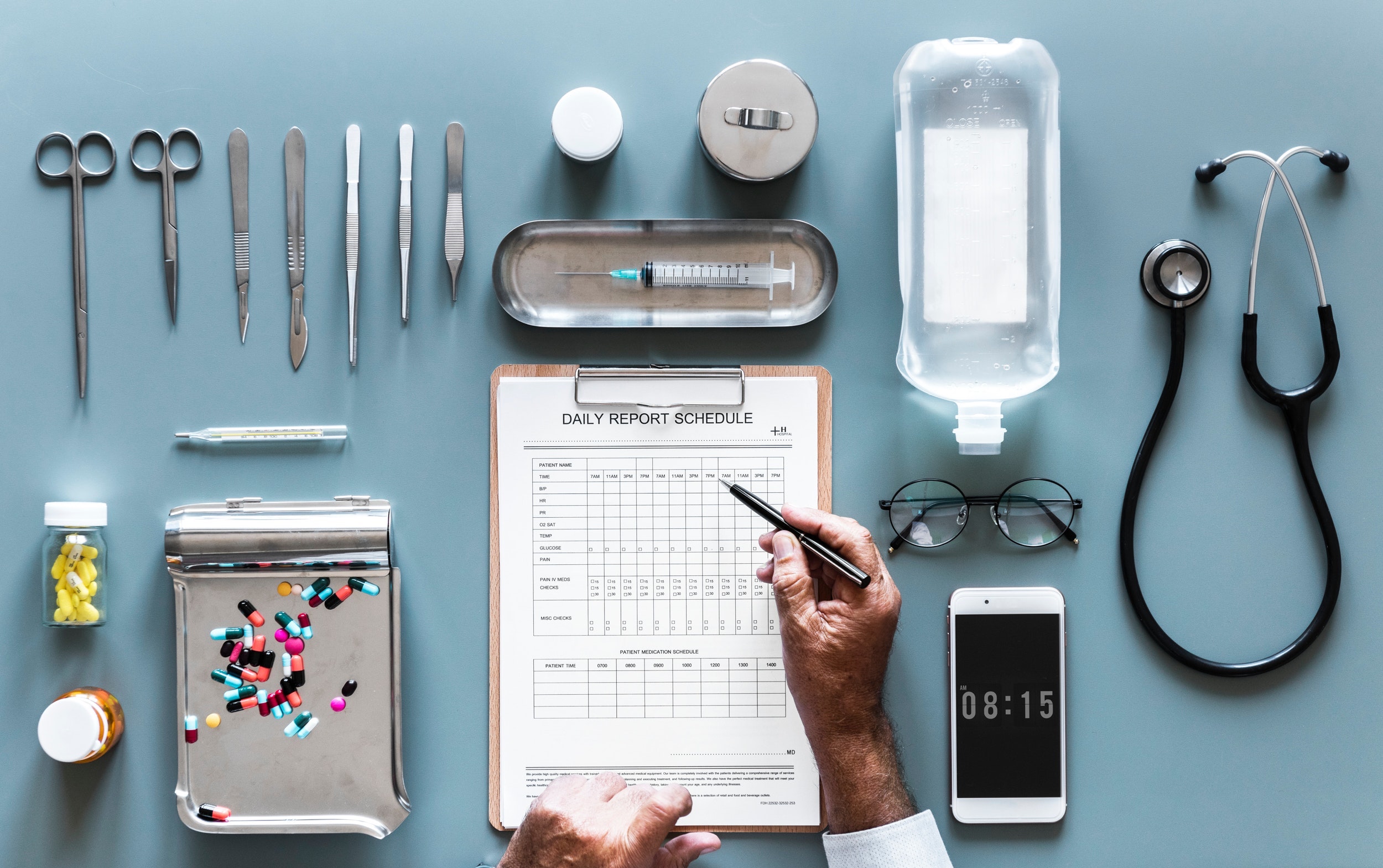 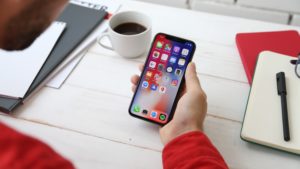 Which technology should you choose to create a cross-platform mobile application?
next post
How to improve your mobile app with conversational UI 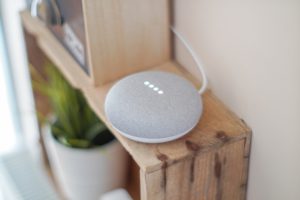